On Twitter last week I found out that Capital Cities would be having a free concert at Pier 97 in NYC on August 6th. If you’ve read my Sunshine Award 2014 post, you’ll know that I’ve really been wanting to see them live. This was my chance, because the concert wasn’t 21+.

So I RSVP’d and freaked out when it said the first 500 would be guaranteed entry. I decided to run out of work to see if I’d make it anyway.

I’m so glad I did, because I had a blast.

The concert was sponsored by Depend, a brand of adult underwear for those with bladder illnesses. The hashtags for the event were #Underwearness and #DropYourPants.

That meant that you’d have to #DropYourPants and don a pair of adult diapers to get into the VIP area.

I was lucky enough to be let in to the VIP without doing so, thanks to Sebu Simonian who bargained with the security guards.

DJ Ruckus spinned some tracks for us while we waited for the show to start. He played hits like “Fancy” and “Turn Down For What” to get us all pumped.

Next up was some spoken word from Mighty Mike McGee. He shared some amazing love poems with us.

Then it was time for the #Underwearness fashion show. 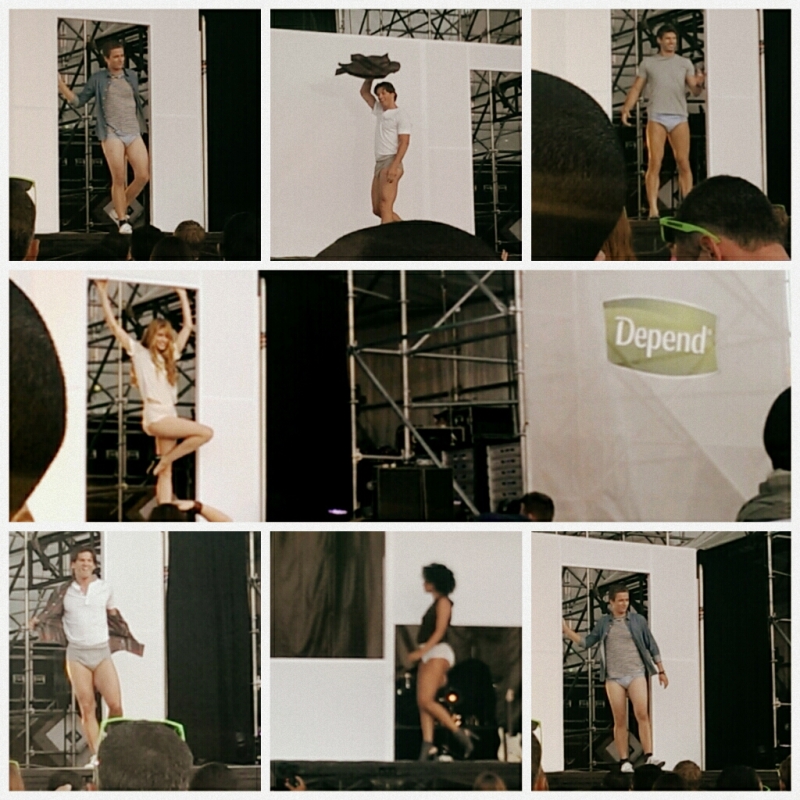 After we drooled over the hot models in adult diapers, Capital Cities took the stage.

The show opened with “Kangaroo Court.” Everybody went nuts, and the party was just getting started.

The band also played fan favorites “Origami,” “Farah Fawcett Hair,” and “I Sold My Bed But Not My Stereo.”

Sebu taught the crowd how to dance the “Capital Cities Shuffle” for the performance of “Centerstage.” They also let some of the VIP dance on stage with them!

The show ended with “One Minute More,” “Safe and Sound,” and a cover of Madonna’s “Holiday.” 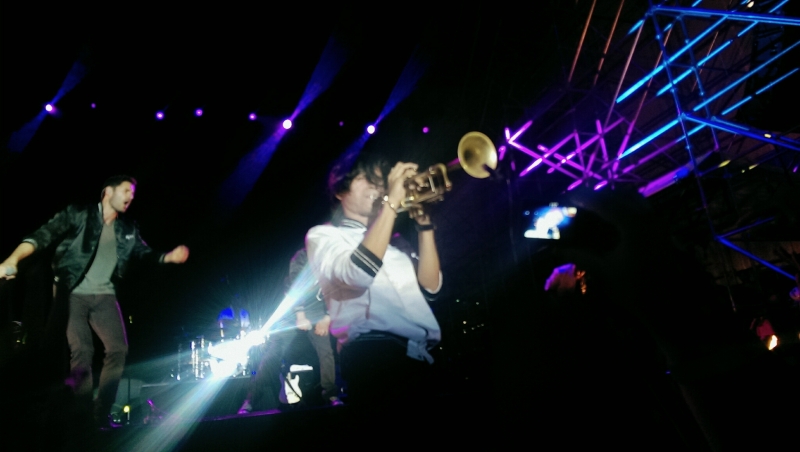 During “Holiday,” Sebu, Ryan and Spencer came down into the crowd. I got to touch Ryan and Sebu!

As the band said goodnight, an awesome EDM version of “Safe and Sound” played while the models came back out to dance in their underwear.

I had an amazing time. Thanks so much for the free concert, Depend!