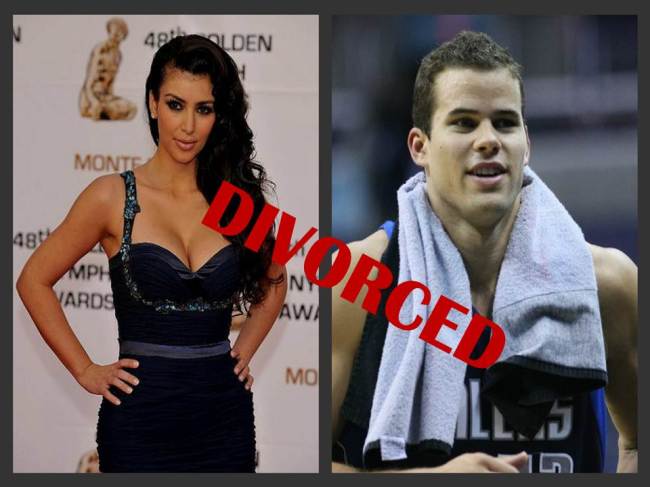 It only took, what, almost two years, right?

The beautiful ceremony that took place on August 20th, 2011 wasn’t that long ago, I suppose.

Yesterday, April 19th, 2013, Kim Kardashian and Kris Humphries settled their divorce. And Kris got nothing from it. Poor guy was scammed into a reality TV marriage with no compensation due to the prenup he signed when they got married. Boo hoo.

As Hollyscoop put it, “Somewhere out there Kris Jenner is sitting in a plastic surgeon’s office and already booking the post-divorce tabloid mag “Tell All.””

I don’t doubt that statement for a second!

I worry about things like this. If the celebrities we look up to can’t even get the whole marriage thing right, where’s the hope for the rest of us?!

The “72 day marriage” joke will never get old though. I promise you. That joke will haunt her for the rest of her life!

So now Kim is both divorced and with child. Let’s see what happens with Mr. Kanye West in the months to follow.