I was on the way to the New York Public Library a few weeks ago when this vibrant mural by South Carolina artist Tripp Derrick Barnes stopped me dead in my tracks.

Called “Dali Swirl,” the mural is painted on the doors of The Bar Downstairs at Andaz 5th Avenue. In it, Salvador Dali’s face, signature mustache included, is painted against a backdrop of rainbow of swirls.

As if Dali’s mustache isn’t wild enough, Barnes painted them to stretch above a set of bushy eyebrows, causing it to look like there are two palm trees on either side of the Spanish artist’s face.

Check out this behind the scenes video on the making of this fun mural.

We got our first snow in NYC over the weekend, but I wasn’t even mad because I had a reservation at Russian and Turkish Baths in the East Village.

I went with Karina, who has been to a few other bath houses before the one we went to on Saturday. It was my first time going to a bath house and I must say I thoroughly enjoyed the aromatherapy rooms. It’s perfect for a cold day!

The mural above is on the wall in the hallway outside of Russian and Turkish Baths. I love how the entire painting has a steamy vibe to it, making it look so relaxing and dreamy.

If you’re thinking of going to a bath house or spa in NYC you should definitely check out Russian and Turkish Baths for a couple of hours this winter!

I saw this vibrant mural on the side of the Police Athletic League (PAL) on the west side of Harlem a few weeks ago while headed to pick up some items I found in a Craigslist ad.

I just had to stop and understand what was happening in this mural. There’s a trumpet-playing man popping out of a phonograph, and it appears that the sound he’s producing sounds like swirls and flowers?

Basically summer in NYC during the Harlem Renaissance.

The mural, called “Art of Jazz,” was done by Creative Art Works. Learn more at www.creativeartworks.org.

A few weeks ago I was walking down Steinway Street in Astoria with my friends and I saw this lovely multi-color street art mural of Audrey Hepburn.

The amount of trucks that passed by while I was trying to take this photo is absolutely maddening.

Anyway, if you’re passing by Steinway Thrift Shop near the Steinway station, look up and say hello to Audrey Hepburn. She’s sure to make your day. 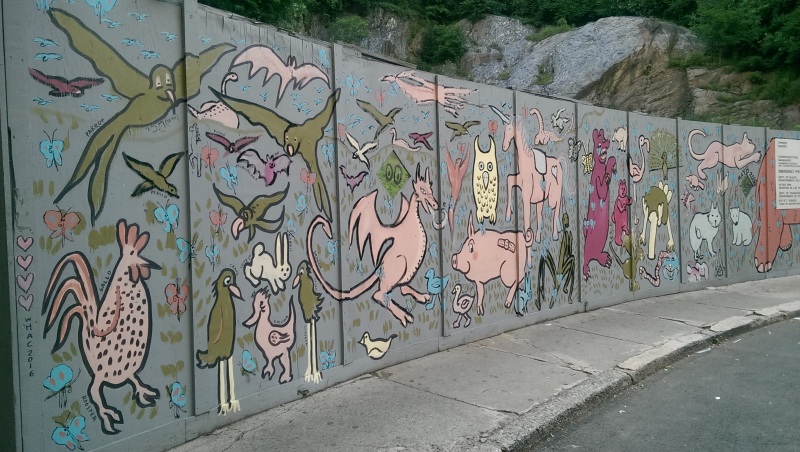 Can you believe I didn’t see this mural as I exited the 181 Street subway station in NYC a few weeks ago? It was impossible to miss on my way back home, though.

It’s so hard to pick a favorite animal on this mural, but if I really had to narrow it down, I’d say the rabbit. When I stare at the rabbit for too long I start to wish it would hop out of the photo I took. It would be so fun to play with!

Interestingly, there are a lot of animals in the mural with wings (birds, butterflies, a bat, a unicorn, and a dragon). I can’t seem to figure out if that has some sort of underlying meaning. The only thing I’ve been able to connect it to is the fact the mural is temporary, which is like a bird flying away from its perch and never returning.

Learn more about WHAC at www.whac-nyc.work.

This is what the streets of New York City will look like when the weather hits the upper 60s soon.

I saw this mural on the wall at Port Authority Bus Terminal in NYC. I have no idea who created it or where Franco’s Cafe is.

I love the two women on the top left, one in a green dress and another in a pink one, caught mid-dance. They look so festive and cute!

There’s just so much going on in this mural that I can’t even think straight!

Valentine’s Day is coming, so it’s time to get a bit lovey-dovey.

This colorful mural by Eduardo Kobra might trigger a black and white memory of a real life event that happened in Times Square on V-J Day in 1945 commemorating our victory over Japan. 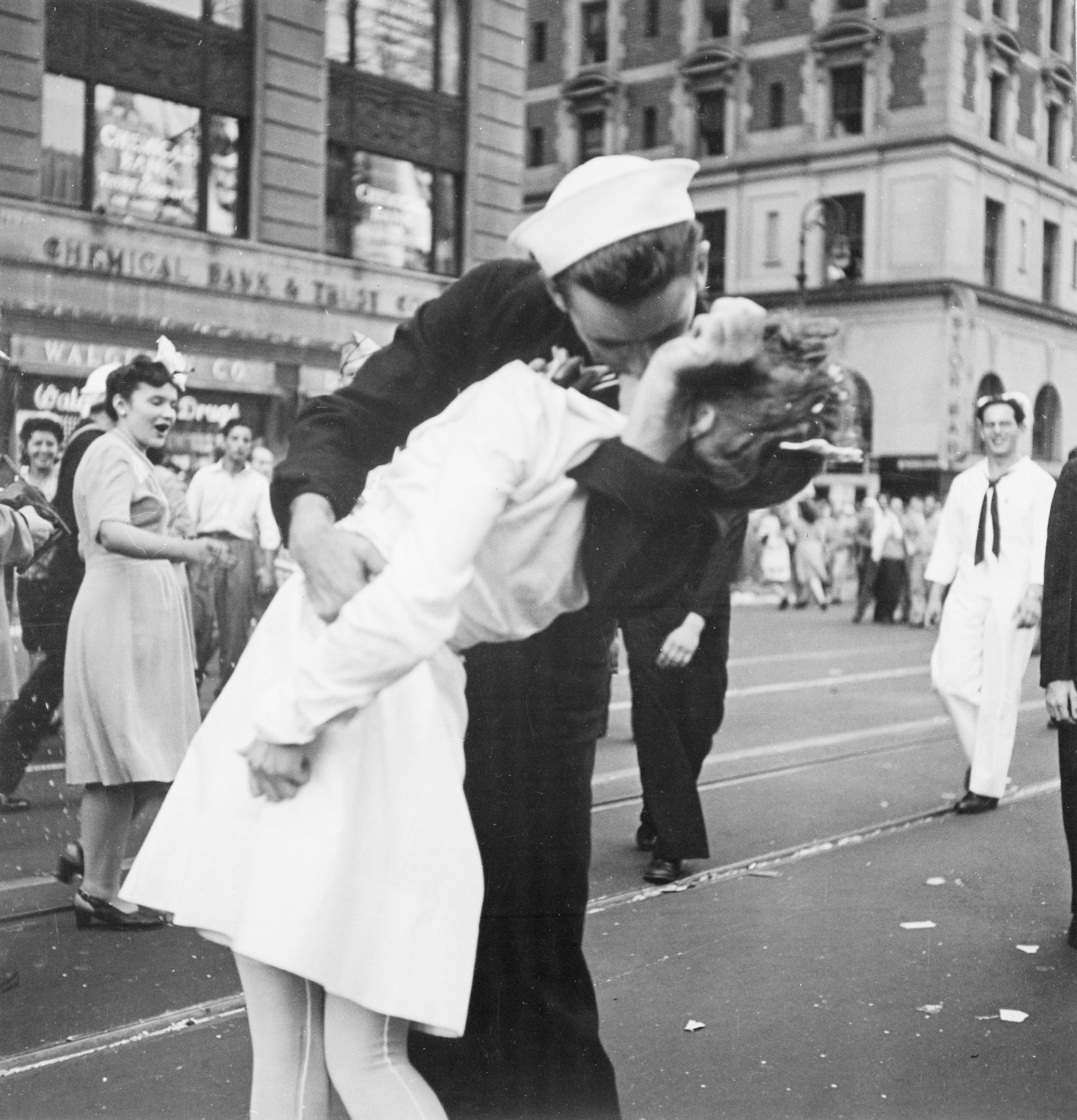 The photo, taken by Alfred Eisenstaedt, captures one of the most romantic kisses of all time between a soldier and a nurse. Swoon.

Kobra turned their black and white memory into color, and for that I’m sure they’ll be eternally grateful.

Looking for a cute Valentine’s Day photo to take with your honey? Imitate Kobra’s street art, which can be found in Chelsea NYC, specifically on West 25th Street and 10th Avenue.

Learn more about V-J Day in Times Square here and check out more of Kobra’s work at eduardokobra.com.