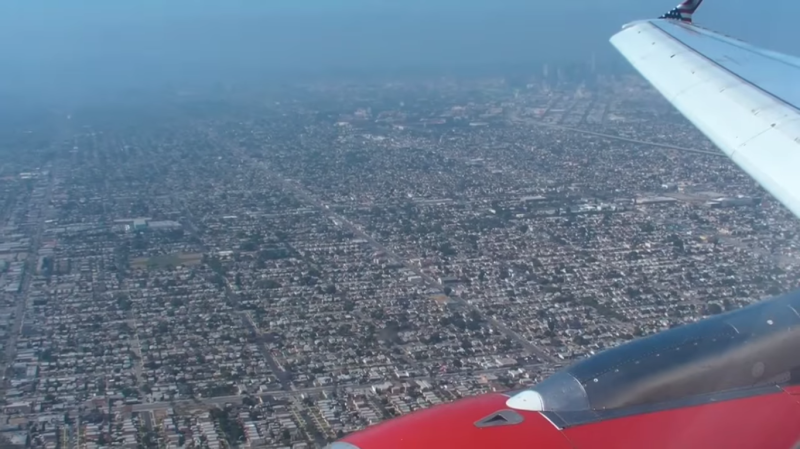 My final hours in California consisted of eating breakfast at the hotel and watching the morning news on ABC 7. We checked out a little after 10 a.m. in hopes of getting the rental car back in time to arrive at LAX by 11:30.

The traffic could have been worse. We managed through make it through security at 11. I had to go through twice because I had forgotten to finish drinking all the water in my aluminum bottle.

There was a huge storm in the Northeast, so the flight was delayed for a half hour. The gate also changed about 4o minutes before we were allowed to board.

The flight back seemed shorter. My aunt ended up sitting in isolation two rows in front of my mom, dad, and I. If it were up to me I would have traded her for my dad, because he kept stealing my cheez-its.

We entertained ourselves with in-flight entertainment for the majority of the flight. The Castle rerun marathon was on TNT, so I was hooked for three hours before falling asleep.

I made sure to put my headphones back in before landing because the clogged ear life is not fun at all.

The runway was still wet when we landed at JFK, but the sky was clear. We made it home in a cab a little before midnight. I wasn’t as jetlagged as I thought I’d be the next day when I woke up for work.

Overall, I had a super fun time on the West Coast. I hope to visit again soon!