Gallery Mondays: Shout Out to the Bear @ the #Oscars 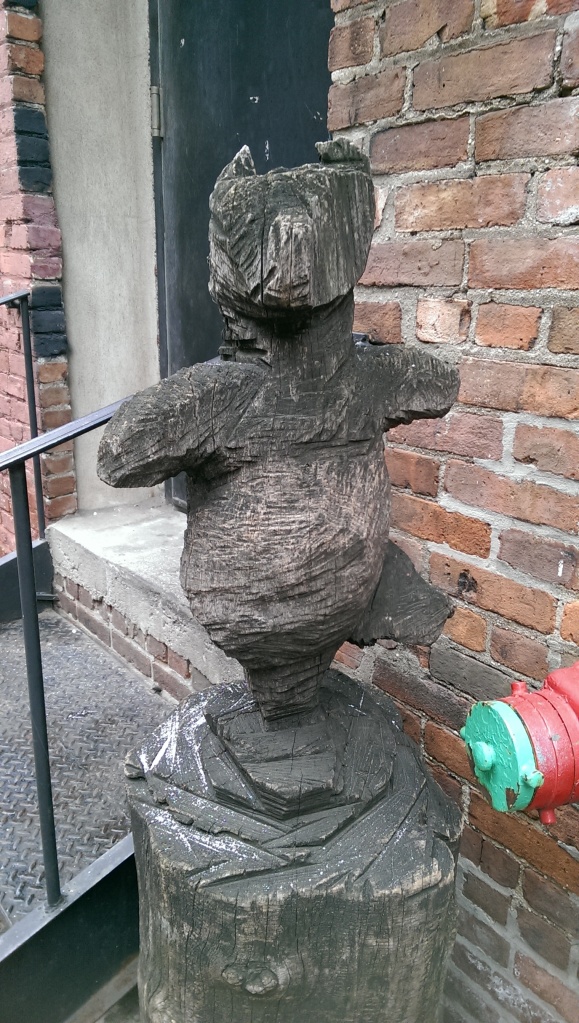 Last night was one for the history books.

Oscars 2016 will go down as the year that the Academy blatantly disrespected Black History Month by leaving all Blacks/African-Americans out of their nominations.

It will also go down as the year we were ready to throw the bear from The Revenant at them if they’d also blatantly disrespected Leonardo DiCaprio by letting him leave without the Oscar for Best Actor in a Lead Role.

And the bear from The Revenant even showed up to ensure that wouldn’t go down.

Let’s celebrate with this wooden bear I found outside of Berl’s Brooklyn Poetry Shop in Dumbo.