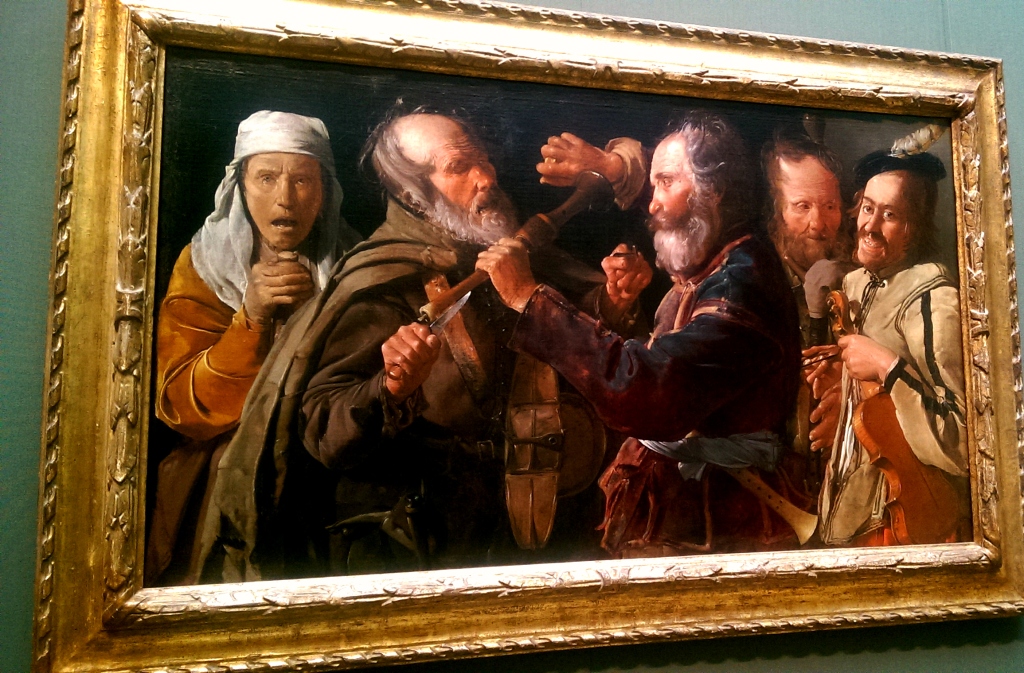 I saw this painting at Getty Museum while on vacation in California back in September. It’s starting to get pretty cold in New York so I’m missing that Cali weather again.

There’s a lot going on in French Baroque painter Georges de La Tour’s The Musicians’ Brawl. When I first saw it, I couldn’t help but laugh, not only at the subject of the painting but also at the note next to it from Getty Museum challenging visitors to strike a pose similar to one of the subjects in the painting.

The painting is supposedly depicting two musicians getting into a fight, one trying to squeeze a lemon in the other’s eye while three other men watch it all go down. The man about to encounter the fierce burning acidity of a lemon is blind, so that just makes the whole situation even more heartless. Also, the guy on the far left is the blind man’s guide. Isn’t he supposed to be helping instead of standing there with his jaw dropped?!

May the holiday bar fights begin?

Learn more about the painting here.