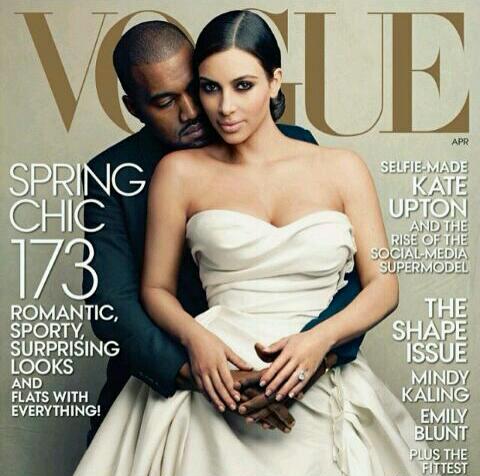 Between comments about how Kimye ruined Vogue and the celebrity spoofs, it seems like everyone and their mother knew about the couple’s cover—except Kourtney Kardashian.

“I haven’t seen any reaction — I’ve literally been unpacking,” she said on GMA when asked about the internet uproar. “I’m the last to hear anything.”

While Kourtney Kardashian was living under a rock, Seth Rogen, James Franco, Miss Piggy, Kermit the Frog, Al Roker and Willie Geist decided to have a little fun parodying the couple’s Vogue cover.

Miss Piggy and Kermit the Frog:

Kermiggy is honored to be on the cover of Vague as the #UniversesMostTalkedAboutCouple! (But who’s surprised?) pic.twitter.com/EtiqYO51rW — Miss Piggy (@RealMissPiggy) March 21, 2014

I don’t know about you, but I think Al Roker and Willie Geist take the cake for this one!