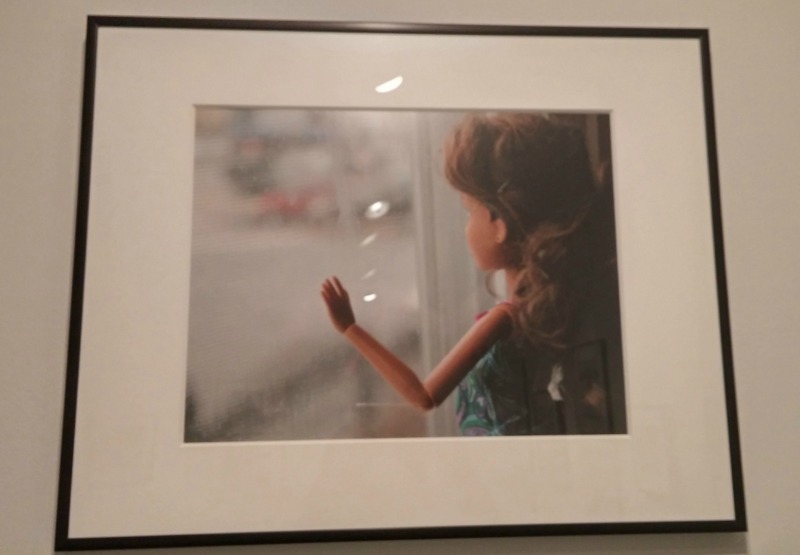 I visited the Studio Museum in Harlem last month during Open House New York 2016 where I found an exhibit full of photography by emerging high school artists who participated in the museum’s Expanding the Walls program.

It’s not surprising that I found this exhibit, Color in Shadow, intriguing. Most of the photographers are around my age range and I love seeing the creativity of millennials like myself.

This untitled photograph by 18-year-old Brittany Mangar grabbed my attention as soon as I walked into the exhibit. At first I was thinking, when did Barbie graduate from looking out of doll house windows to real ones?

After reading the artist’s statement on the label below the photograph and doing some research, I realized there might be a connection between Mangar’s Untitled and Gordon Park’s Outside Looking In. Mangar mentions she was inspired by Park’s work, and if you think about it long enough, her photo could pretty much be named the opposite of his: Inside Looking Out.

Learn more about Color in Shadow.