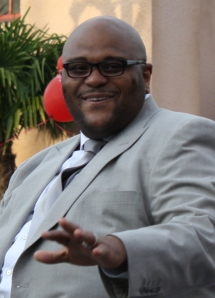 Just a few months ago, a few college friends and I were commenting on the fact that Ruben Studdard basically disappeared from the Hollywood scene after his one hit “Sorry for 2004.”

That song is so old I don’t even remember the lyrics that well.

So much for winning American Idol in 2003.

Apparently Ruben Studdard, the “Velvety Teddy Bear”, is still alive and wants to lose some weight.

Since he didn’t do so well with winning on Idol, he has decided to lose on NBC’s The Biggest Loser. He will be appearing on the 15th installment of the show.

Ruben Studdard weighed as much as 450 lbs at his highest. It’s no wonder he wants to lose some pounds on the show, even if it means doing it publicly.

He began to gain weight again in 2012 after successfully shedding a few pounds in 2006 due to a divorce. I was not even aware that he was married, but apparently he was wed to Surata Zuri McCants in 2008.

Studdard told People magazine that “[He’s] never had an issue with [his] weight, [but his] family has a history of high blood pressure, diabetes, heart-related issues—things [he] didn’t have to deal with yet because [he’s] young. But [he doesn’t] want to be worried at 40, and if [he doesn’t] fix things now, [he] will be.”

I wish him all the best on his weight loss journey. Anyone who decides its time to get healthy should have all the support he needs.