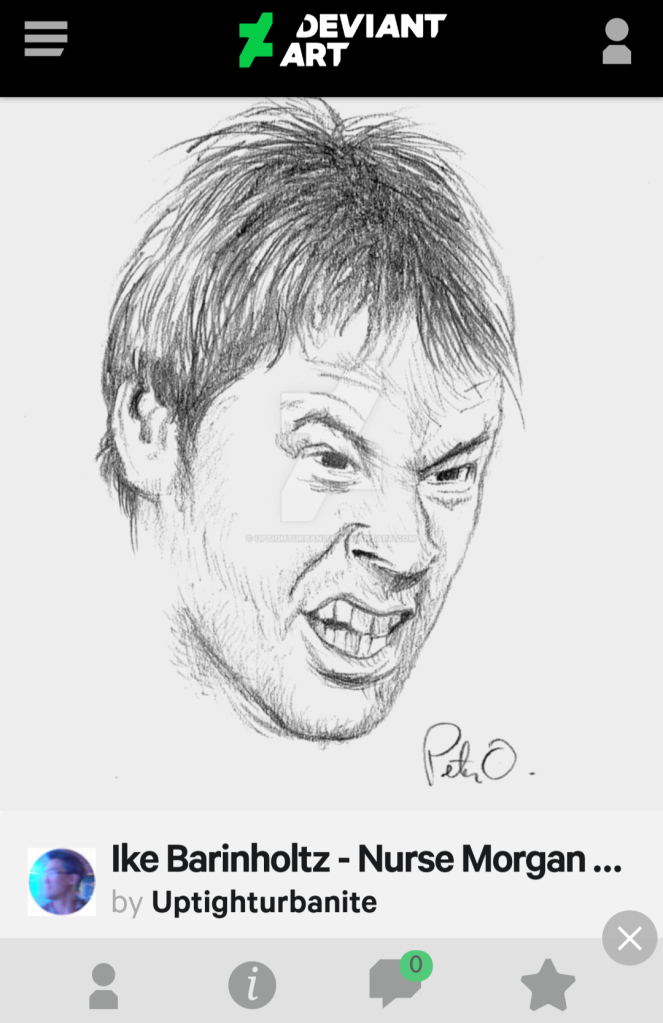 The film Blockers is out in theaters this weekend, and I’m seriously considering going to see it in theaters because I’m not sure I can wait until this hilariousness is available on DVD!

I saw the trailer for the film when I went to watch Pitch Perfect 3 in theaters in December 2017. I laughed so hard at Ike Barinholtz (who plays Hunter in the film) because, well, he’s Ike Barinholtz.

Ever since knowing Ike Barinholtz as Morgan Tookers on The Mindy Project, I’ve realized this guy is a total and complete goofball. He’s so ridiculous it’s insane.

In honor of the crazy man that is Ike Barinholtz, I’ve decided to feature this sketch of the actor/comedian I found on Deviant Art by Peter Ono (Uptighturbanite). It features him as Nurse Morgan Tookers making a face that basically sums up his insanity.

View the original fan art on Deviant Art and watch the trailer for Blockers below!