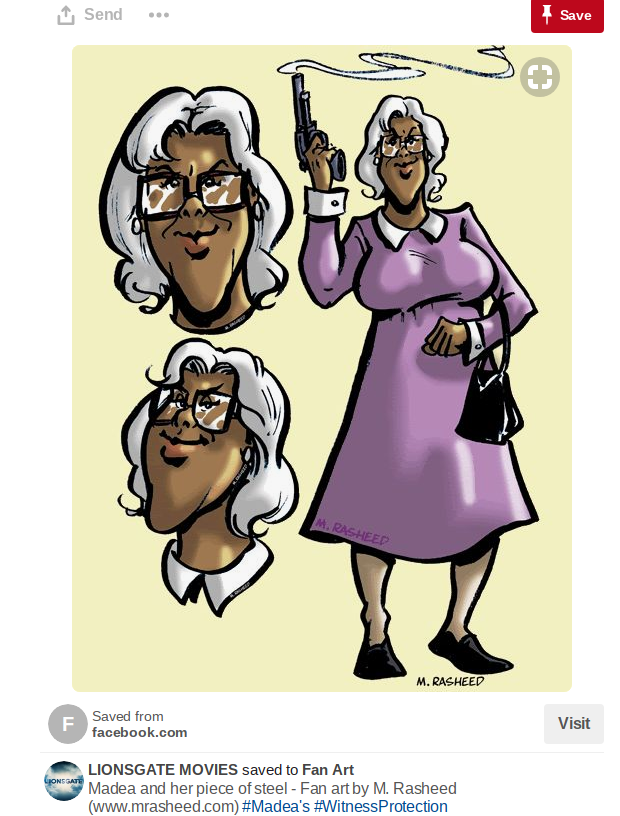 Boo 2! A Madea Halloween is out in theaters today, for those of you who’d rather leave the cinema laughing instead of fearing nightmares this Halloween.

I really did not expect Tyler Perry to create a second Halloween-themed Madea film. Not that I didn’t like the first one, but this doesn’t seem to be a direct continuation of the 2016 film. I’ll still probably watch it when it arrives n DVD though.

I was quite young when Madea became a household name. My Godmother gave my mom one of Tyler Perry’s stage plays ages ago. It’s insane how far Madea’s craziness has gotten on the big screen.

For this week’s Fan Art Fridays, we celebrate everything that is Madea with this cartoon by M. Rasheed. It featured Madea and her many faces.

I’m not sure what possessed Tyler Perry to allow Madea to legally own a gun. I would not be caught dead near her while that thing was loaded.

View the original fan art on Pinterest, and watch the trailer for Boo 2! A Madea Halloween below!