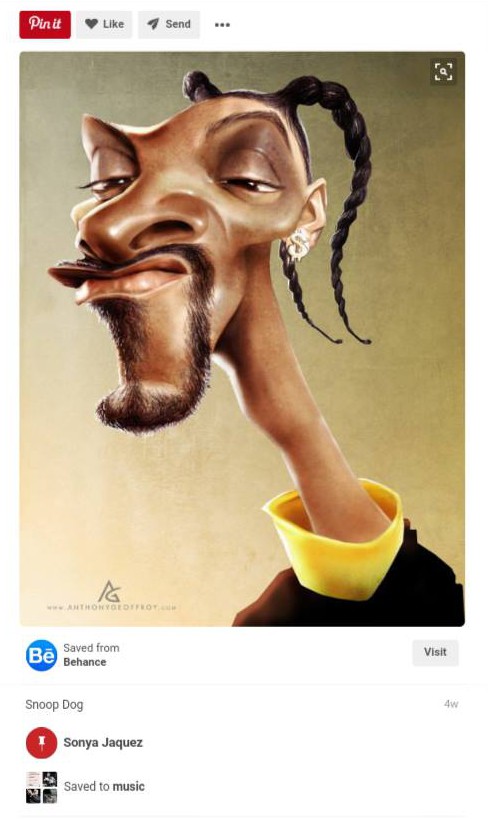 Or is he still going by Snoop Lion?

Regardless, the rapper is the voice of a new nature/wildlife web series called Planet Snoop on Merry Jane.

I wish this was an April Fool’s joke, but I’m being serious. Who in their right mind would cast Snoop Dogg for this kind of voice role?

What is he going to do? Rap a narrative of a cub lion’s birth?! This is madness!

Because of this, I chose a cartoon version of Snoop Dogg I found on Pinterest a few weeks ago for this week’s Fan Art Fridays. The piece is by cartoonist Anthony Geoffroy.

I can’t tell which part of the cartoon is worse: the oversized nose, the exaggerated lips, or the elongated neck!

You can see the original fan art on Pinterest, watch the first episode of Planet Snoop below, and view more of Anthony Geoffroy’s work here.