I’ve decide to participate in NaNoWriMo this year! The story I’ll be sharing here on my blog is one that I wrote as a Year 1 at Bard High School Early College Queens. The prompt was “family injustice” so I wrote about a Bengali girl whose parents were forcing her to marry someone she has no interest in. The original title was The Girl That Ran Away but I edited the story’s title to Runaway Girl. I think that flows better.

The story has four parts that will be released once a week until the end of November. Enjoy!

I don’t want to marry Samir, the man my parents chose for me. He’s a forty year old man with a beer belly and has a
lazy eye. Every time I look at him and try to have a conversation with him he looks away and mutters to himself. I can’t marry someone who won’t even hold my gaze during a conversation, much less give me their undivided attention.

It’s a Bengali tradition to marry the man your parents choose for you. My sister Miriam did it, being the good girl that she is, against her will. She’s now a miserable mother of three who has to go to sleep every night next to a man she doesn’t love, and has no intention of ever loving. But not me. No. My name is Sharmina Ahmed, I am nineteen years old and I ran away to somewhere far, far away from Bangladesh. To the land of the free.

I packed my bags with my most treasured possessions, those being my Koran, my favorite saris, my school photo album, and my jewelry box. I ordered two tickets online: one from here to Italy and another from Italy to the United States. I divided the trip since I had bought them on a credit card so as to disguise it. I didn’t even tell Miriam I was leaving. I just left.

The Whisper Box is a proud supporter of Ada Calhoun’s new book St. Mark’s is Dead. For all you non-fiction lovers looking for some new reads, definitely check this one out! 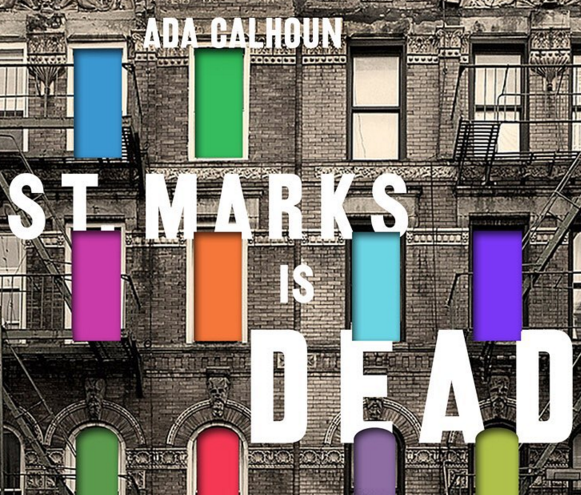