The Couples On “Pretty Little Liars” 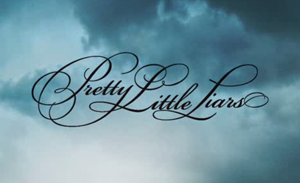 If you happen to be a Pretty Little Liars fan, you probably wish the couples on the show were real. The way the men treat their women (and in Emily’s case the women treat her) is something hard to come by in the real world. Nevertheless, fans crave the on screen action from Ezria, Haleb, Spoby, and Emaya.

Whenever there’s tension between the couples on the show, tweets fly from left and right about how sad we’ll all be if [fill in the blank] split. Fans have grown to love the on screen romance and want to see the couples make it through. Let’s take a closer look at each of the PLL couples and what makes them special.

After watching this episode I no longer am an #ezria shipper tbh. 😪😪😪

Ezra and Aria’s relationship is by far the most risky of them all. Ezra and Aria met before they knew that he would be teaching at Rosewood High, where the girls attend school. This relationship is filled with the thrills of sneaking around, making it all the more interesting.
Ezra quits his job at Rosewood High due to a student’s treat to expose the relationship to the authorities. He soon lands a job at Hollis as a college professor and is coincidentally reunited with an ex, Jackie, who also threatens to expose the couple. Aria’s parents find out about the two, and her father, Byron, is furious. Byron tries to promote Ezra to a school out of state so that he would be away from his daughter, but fails to convince him that he should leave. When Ezra’s mom finally meets Aria, she tries to bribe her with money to break up with her son. Ezra becomes livid, because a similar incident occurred with his ex in high school. At the time Aria doesn’t know, but Ezra had gotten a girl pregnant as a teen and his mom gave her money to shut up about it and have an abortion.
Wesley, Ezra’s younger brother, drops in during season three with a skeleton from Ezra’s closet—a son he never knew about. Apparently Maggie, the girl he got pregnant, never had the abortion. Ezra learns about his seven year old son from Spencer because of a prank from “A”. He decides to go visit his ex Maggie and her son, leaving Aria to wonder if things will ever be the sane when he returns.

Hanna’s boyfriend Caleb is a former foster child. He’s a computer wiz who has come in handy as the girls run into technological obstacles while investigating “A”. Caleb begins living in Hanna’s basement, and one morning her mom almost discovers him. Hanna quickly jumped into the shower with Caleb in order to keep his basement residence a secret.  Calling those 3 minutes an awkward moment would be an understatement.
Caleb loses Hanna’s trust in season one and he leaves Rosewood, causing Hanna to believe that he never really cared for her. Before leaving though, he leaves a note with Hanna’s friend (now frenemy) Mona. Hanna never gets the note.
When Caleb returns he does everything to try to win her back. Hanna finally gives in, and it is now in his best interest to protect her from Mona, who has revealed her involvement with the “A” team.

In the beginning, none of us thought that anything would ever happen between creepy Toby and level headed Spencer. Boy were we wrong! Toby has become one of the sexier men of the cast, along with heartthrobs Ezra and Caleb.
The relationship between Toby and Spencer was not always smooth. Spencer once disapproved of Toby’s friendship with Emily, but as she saw him being taunted in the streets for Alison’s murder, she began to sympathize. Toby was proven guilty, and a romance formed between the two.
Sadly, Toby was reavealed as season three’s betrAyer. As part of the “A” team, he works closely with Mona, who is also part of the team. Spencer finds out about his involvement on the night of their anniversary, leaving her devastatingly heartbroken.
Spencer hires a private investigator to follow him around and find out what door the key she found labeled “A” opens. The private investigator gives her the address and she tells him that she hopes to find the things she and Toby always talked about behind the door. If she doesn’t, the investigator recommends that she move on.

The short lived relationship of Emily and Maya was by far one of the most tragic. On top of the fact that Emily was discriminated against for being lesbian, which caused people to treat her differently, Maya was killed in season 2. Maya was Emily’s first girlfriend and first love. She had a tendency to lead straight guys on, and that bothered Lyndon James, a guy that showed interest in Maya. He begins to stalk her, driving her decision to run away to San Francisco with friends. Lyndon follows her and kills her, causing Emily to fall into a deep depression.
Paige comes along and tries to be everything Emily ever saw in Maya. Unfortunately, Lyndon wants revenge from Emily. He wants to make her feel what its like to lose someone you care about. Therefore he tries to kill Paige, but Emily ends up shooting him with his own gun. Caleb gets mixed up in this mess as well, requiring surgery for a bullet wound. Of course, Emily is now traumatized.

Let’s see how her relationship with Paige turns out.

We love the PLL couples, and hope that they can make it through any obstacle that “A” puts in their way.

Which PLL couple is your favorite?